We Called It Aciiiiiieeeed! Contd

Here’s a piece I wrote which is featured on The Observer Music Monthly blog that will also be in Wayne Anthony’s forthcoming Acid House Book of compiled stories:

There’s the famous saying that if you can remember the Sixties you weren’t really there. Through the strawberry-flavoured smoke machine of my foggy mind I remember a few flashes of acid house and the Eighties.

It started off quite sane. I had done most of my experimenting with LSD, mushrooms and the like in my teens. By 1986 and ’87 I was merely a stoner. I played strange records from 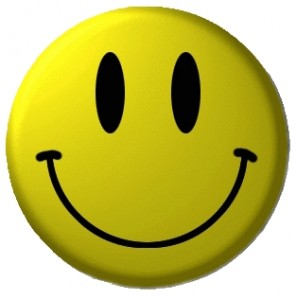 Detroit and Chicago at the Pyramid (in Heaven) and the Mud Club in London while Colin Favor – the first person I heard play a Chicago record – spun at both Pyramid and The Jungle. Next thing I know Paul Oakenfold (who would come to my nights armed with records from the promotion company he was working for) is telling me to come to his club – The Future. Meanwhile, Danny Rampling is asking me if he can have a copy of a record I had just made (‘You know Mark – the one that goes “I’ve got the house for you!”‘) which hasn’t been pressed up yet but is being played by me at Pyramid off a cassette. He also asks if I’d like to spin at his club Shoom.

Now while Pyramid was largely gay, culturally mixed, pissed-up and ever so trendy, Shoom and The Future were very white, suburban and under the influence of Ecstasy. It was the first time since Taboo a few years back that I had seen the likes of such Bacchanalian Ecstasy taking. This delightful riff-raff, who I gather had emerged from the Eighties soul scene, were devouring it in huge amounts after discovering it in Ibiza along with discovering DJ Alfredo who was coming on all Balearic over there. They thought themselves very daring playing a Cure or Woodentops record. Outrageous!

I knew that this small scene was literally the future – they had the drugs and they had the nutters. They were the only places other than Pyramid, Mud, Jungle and Delirium which had embraced the House sound in London but with a whole new energy. The cool clubs in the West End of London were then dominated by hip hop and rare groove and weren’t having any of it. In my first interview for the NME I said that London’s drug of choice was weed and if the drug changed the choice of music would change too. To the old school, House music was equated with fag music and until they popped their first pill they just plain didn’t get it. But boy-oh-boy, when that first pill exploded in their unsuspecting minds did they get it with a born-again vengeance. ‘Get right on one matey,’ indeed.

So it’s all going along rather nicely, especially Shoom. The family of loved up regulars, those in the know, and their lucky friends grew larger through word of mouth. Press are the enemy and are forbidden entry – they will only spoil it. (A year later all the press would have to go to Manchester and rewrite history by saying it started at the Hacienda… but I digress!) The mood is fueled by (along with ‘you know what’) Jenny and Danny Rampling’s ‘Battle of Britain’ spirit as icepops are handed out with gay abandon to the parched and needy.

The Shoom fanzine proves to be a wonderful read which keeps you ‘in the zone’ until the next Shoom. It all feels like a special secret and a weekly trip to paradise that only WE know about. People start getting all mystical about it, bonding with anyone dancing next to them as their consciousness expands. Conversations are mainly about how many drugs you’ve done, ‘I love you you’re my best mate’ (to people met only 10 minutes ago), the ozone layer and this strange thing called recycling that we should all do. The Second Summer of Love is coming! However, Jenny Rampling is actually as strict on the door of Shoom as Steve Strange was at The Blitz. ‘No lilac clad camels!’ Jenny would also storm round the club demanding that tops were replaced on sweaty-boy bodies immediately. For a scene that promotes love and unity it became clear that this was for the elite who were obviously a lot more more equal than others – and why the hell not?

Paul Oakenfold has the masterstroke of opening Spectrum on a Monday night at Heaven — for EVERYONE (‘On one. Monday. All day. Spectrum’). The old school laugh and scoff. Filling a huge place like that on a Monday? Ridiculous! The first night has about 200 people in a place that holds about 1,500. The old school smile smugly and deem it a failure. But every one of those 200 people have a blindin’ time and the following week bring a friend or two. The next party is even better. By then I have had a hit record (you know… the life changing one that turned all those 15-year-old Smash Hits! readers into drug addicts).

I go off to Europe for a couple of weeks promotion. When I come back I go straight to Spectrum and find a queue going right round the block! The fuse is lit – only a matter of time until the explosion. KABOOM! Nicky Holloway opens The Trip at The Astoria (the same place where the Watson brothers did Delirium playing House music behind wire mesh to protect themselves from bottles thrown by hip hop kids). It’s huge and it’s on a Saturday night. The atmosphere is like the winning goal at cup final prolonged for the entire night. When it shuts ravers dance in the fountains outside and wave their arms screaming ‘Acieed’ when the police turn on their sirens. Suddenly there are a lot more black faces in what was previously a very white scene. Many are hip hop kids who got right on one matey and swapped their Kangols for bandanas.

Meanwhile other scenesters like Mr C (who could be found MCing at Pyramid and later joined The Shamen), seminal act Bang The Party (the main black dudes of a handful who were on the scene at the start) and Eddie Richards are playing at RIP in Clink Street which focused on deeper and more soulful sounds. ‘None of that poppy Balearic nonsense!’ Hedonism and Confusion are two other crucial nights.

Each week there seem to be more and more parties especially illegal warehouse raves. The original Acidarati don’t take it well that ‘the scene’ is now out of their hands. The term ‘Acid Ted’ is coined for ‘the others’.. and Boys Own fanzine do a hilarious poster of a sheep dressed in dungarees and Kickers.

But snobbery aside most of the parties are fantastic while the original scenesters now seem jaded and self-conscious about having a good time. ‘Oh I don’t do Ecstasy anymore. I’m doing coke now,’ turns into a catch phrase alongside the dealers’ mantra of ‘E’s, Trips, Charlie’.

Eventually, Paul Oakenfold does an about turn – shuts Spectrum and opens Movement 98 playing only slow records. It dies a death and Spectrum is re-opened as Land of Oz. (Thankfully, everyone was too mashed to remember this crazy blip.) Meanwhile the hoi-poloi dos have the right sense of fun and naivety that make a great party.

And still no mention of drugs in the press! The Sun is even offering a Smiley t-shirt to its readers! Then comes that fateful day that Tony Colston-Hayter did a warehouse party, Apocalypse Now, and invited News at 10 to film it. Jenny Rampling rallies the troops and insists that no one go or deejay there. I can’t resist and go anyway. ‘They just want to show what a fantastic atmosphere it is,’ Tony naively insisted. The next night they broadcast monged-out ravers trance dancing in a typical ‘this could be your daughter’ exposé. The Sun pull their t-shirts and brand acid house EVIL while running ‘Evil Acid Baron’ articles and more pictures of gurning ravers. Today newspaper prints a picture of me with ‘ACID HOUSE sex, drugs and music cult risk to our children’ under it even though I actually look quite cute and cuddly in the picture.

The BBC ban any record with the word ACID in it and come the Christmas Top of the Pops they censor the ‘Enjoy this trip’ bit of my record. (S’Express singer Michelle sat on the floor of the stage in a sulky-strop protest after she finished singing – happy Christmas!) All of this combined is the best advertisement for Acid House and drug taking you could ever hope for. Overnight the nation of Great Britain changes. Tomorrow… the world.

Read the ‘A Second Summer Of Love’ article by Luke Bainbridge from the Observer Music Monthly complete with eyewitness accounts from Mark and those involved: THE SECOND SUMMER OF LOVE