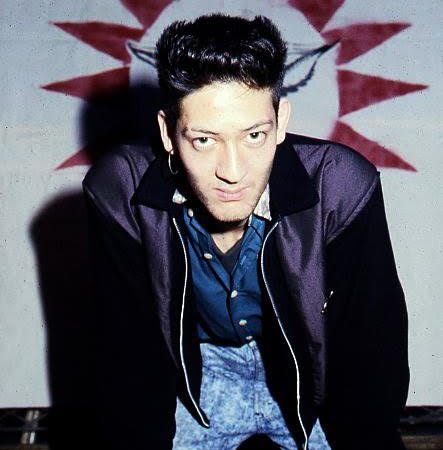 Proud to announce that Dan Donovan and I have produced the new single by Wild Daughter. It’s a double A-side titled Mr G + Brando Bomb and will be available on 7 inch vinyl and download.

Must say I’m really happy to be working on this project as I’ve been going to see Wild Daughter for a while now and they blow me away every time. I can’t believe it’s taken me this long to work on something with such magnificent punk rock energy and guitars (but also includes their beloved drum machine named Brenda).

Catch me on new documentary Top Of The Pops: The Story Of 1988, Friday 7th of June on BBC4 at 9PM. Or watch it on iPlayer. I shall be ranting as usual.

Also check out the BBC documentary Can You Feel It – How Dance Music Conquered The World where I’m featured in Part 1.

I curated 3 of my tracks for Josh Quinton and Robert Fox’s 3 minute film made for Vivienne Westwood – titled Josh Quinton’s Mood Medicine.

The music is in collaboration with Lady Bunny, David Motion, I-Robots, Tasty Tim and Robert Michael. Loving what Josh and Robert have done, truly hilarious! Hope you like it.

Here’s a little interview I did for Postcards From 88 talking about what I was doing during the Second Summer Of Love: CLICK ME

The Second Summer Of Love Book

And while we’re on the subject, Alon Shulman‘s The Second Summer Of Love book is out now! I’m interviewed in it along with a whole host of acid house, club and DJ superstars. A great read covering the Acid House revolution in the UK!

Cult With No Name – COMA

I have to say I get goosebumps every time I hear this Cult With No Name cover of COMA by S’Express. The epic line-up on the track includes guests Kelli Ali, and Blaine L. Reininger and Luc van Lieshout from Tuxedomoon. Here it is in all its glory. (Also available on the S’Express ‘Enjoy This Trip’ album!)