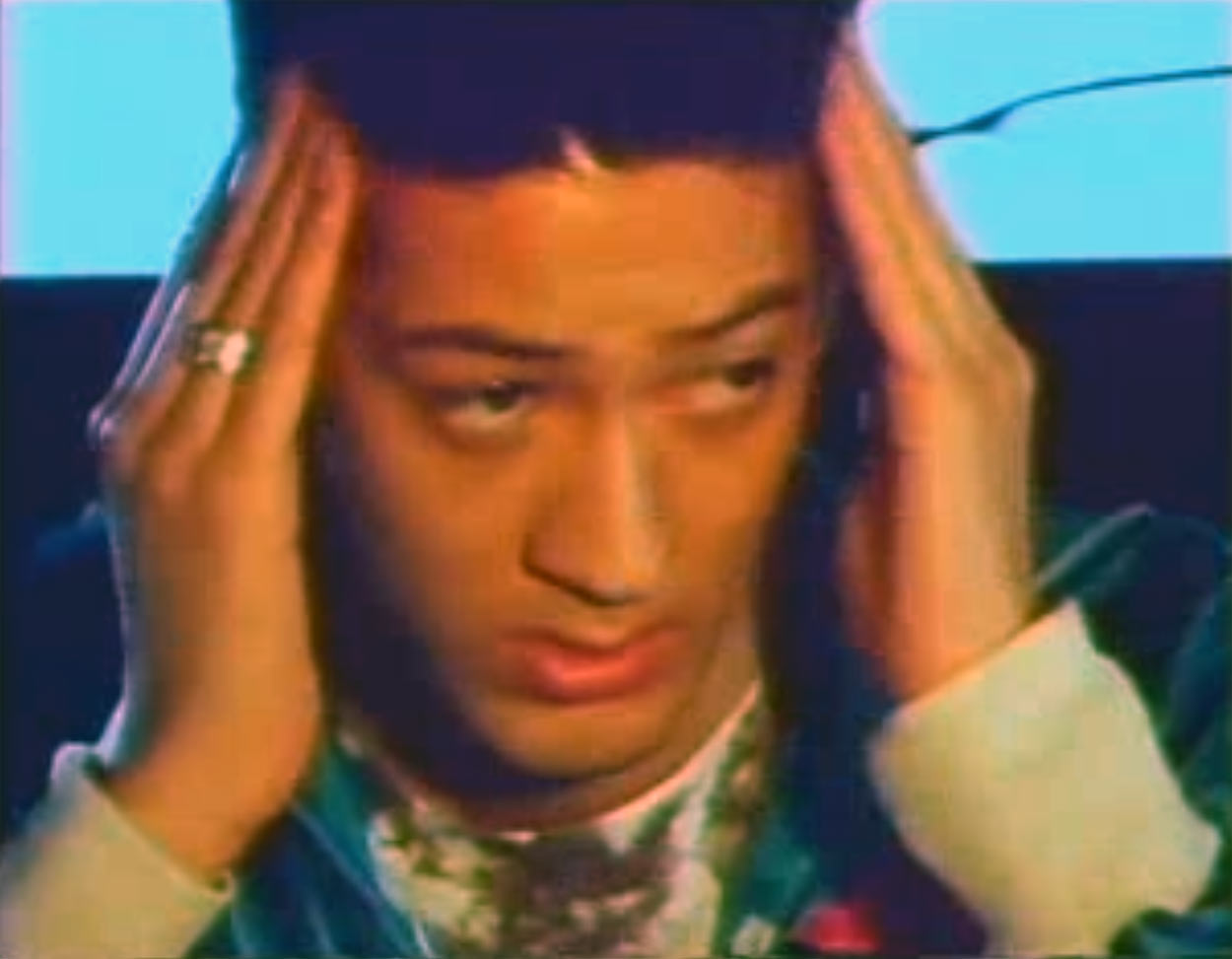 Mantra for a State of Mind Video

The official Mantra for a State of Mind video

By now the money was rolling in. So the record company upped our video budget from £10 to £20! But we got to shoot in a supermarket which was closed off for the day just for us. And they hired a limo for us. Ah! The big time at last! Although the video was meant to be a statement on the numbness of consumerism (or something), we kept the limo after the shoot to take us on a club crawl. By 1.00am the driver said the hire had run out and that we had to pay immediately if we wanted to keep it on. Of course no one had any money or plastic on them. My jetset friend Jessica was drunk on the back seat and dryly announced, ‘This never happens when I hang with Bon Jovi.’

A VERY young Louise Prey from Ping Pong Bitches can be seen cavorting in the night scenes (she was 14 when I met her out clubbing). Kash Point’s Matthew Glamorre (you can spot him in the red robe) helped in the art department along with Link Leisure who made those fantastic silicone spike balls (I still have a pendant of one). The indoor stuff was filmed on one of the hottest days of the year and we would all run out of the studio every half hour to avoid fainting. TV programmers said the video was ‘too sexual’ to play before 9.00pm!

Steve Morell & Emma from The Scandals have done a cover version of ‘Mantra For A State Of Mind’ for the Berlin Insane 3 album.

Check out the old-nu-rave outfits!