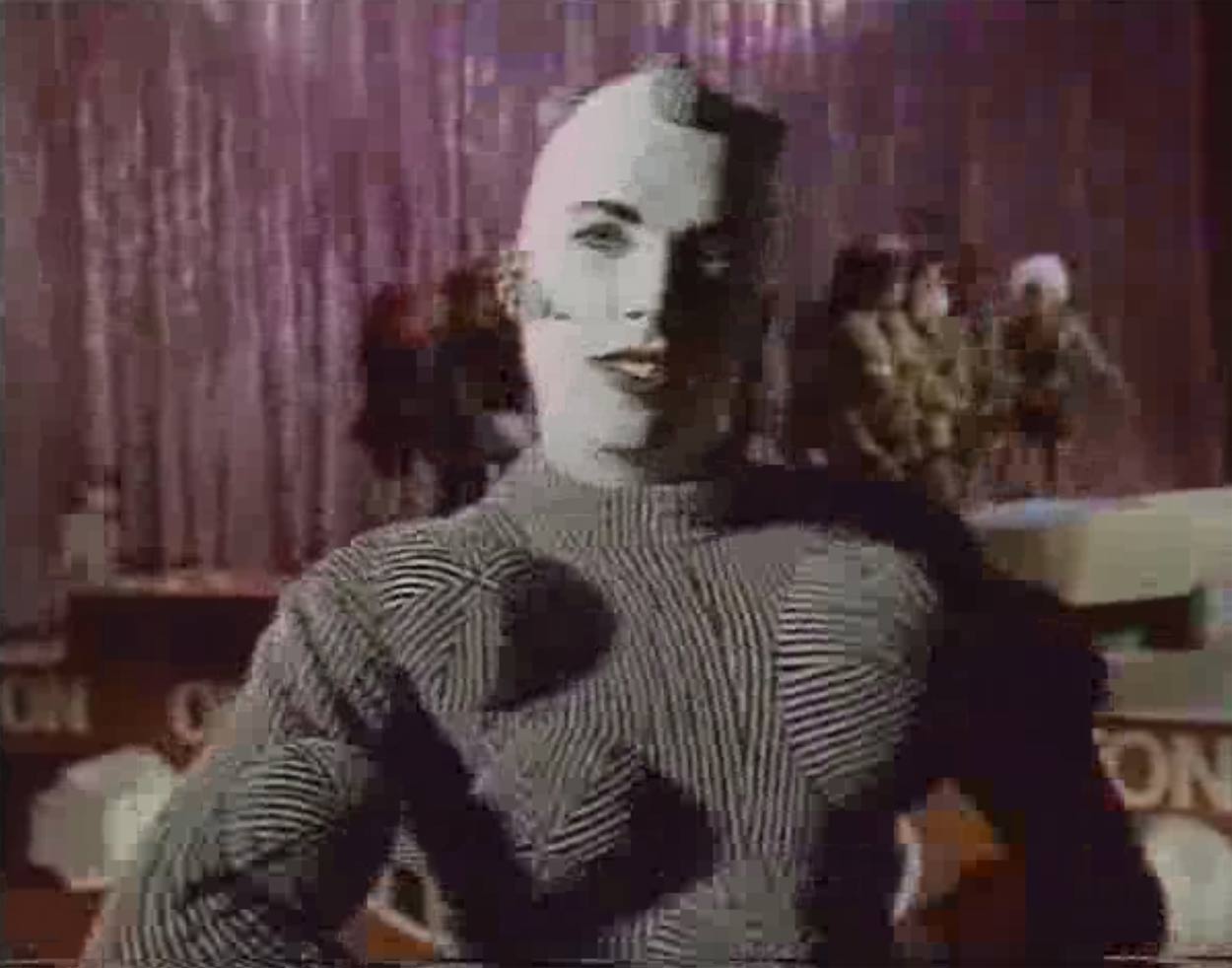 Even though we were now ‘popstars’ we were still given a minuscule budget for the ‘Hey Music Lover’ video. Most of it went on building a revolving stage shaped liked an old gramophone player. Oh – and balloons! Problem was you only saw the whole shot of this at the beginning and at the end of the video. So most times it was shown on TV you wouldn’t see it at all as they often cut those bits off. Of course the generator that powered it blew and some poor, brave and extremely fit guy had to peddle a bicycle that made the stage spin round. Very Heath Robinson. (I’m pretty sure this happened and it isn’t just the acid house that’s affecting my memory.)

I wanted the whole thing to be like The Monkees TV show. Very childlike with a Fellini vibe (checkout ‘Toby Dammit’). This upping of the camp factor led to a lot of the ‘straighter’ God fearing journalists to refer to the video as ‘S-Excess’, which pleased me no end.

Leigh Bowery was going to have a cameo but he rang at the last minute to say he couldn’t make it. I decided to get David Cabaret to do Leigh’s bit instead. Once the track went to number 6 in the charts David Cabaret upped his fee as a gogo dancer in Heaven and Leigh didn’t speak to me for about a year. Programmers on Children’s TV shows said the bits with David Cabaret were too scary to play to young uns!