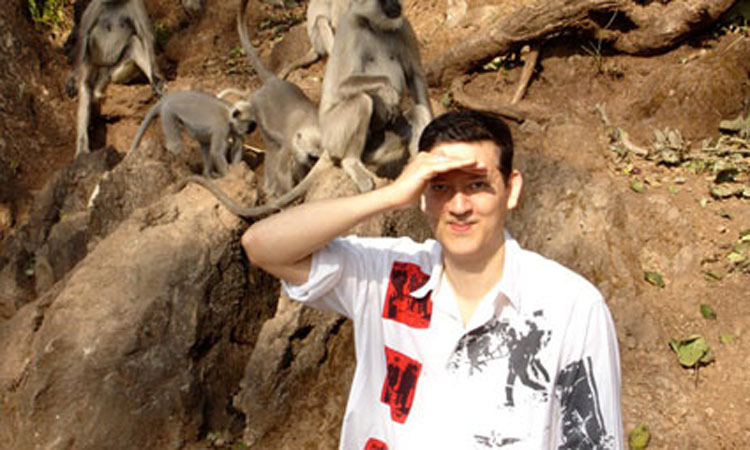 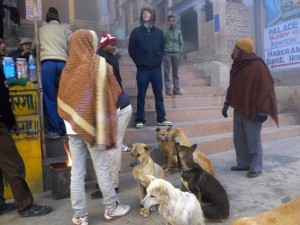 So I don’t post anything for months and then I come back with loads of trivia to make up for lost time. You know you love it. I have been away in India getting up at 5am to bathe in the Ganges and do my meditation. Don’t worry it was the Ganges in Rishikesh so the water was clean and pure having come down from the mountains by the foothills of the Himalayas. I also found my mantra while I was there and it sounds a bit like the bassline from the Doctor Who Theme. 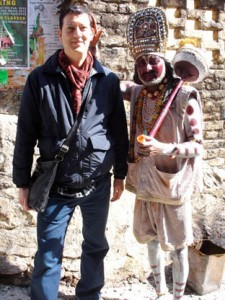 First news is that I’m planning to put out an album of remixes and covers of S’Express tracks for the 25th Anniversary Of S’Express. Got some amazing people involved but I will save that for later when I let you know who. I have also been working on some new music…

In the meantime to get you in the mood, as promised, here is a free download (for a limited time only) of an instrumental version of ‘Trumpets’ by S’Express that’s never been made available before. ‘Trumpets’ in Sonique‘s vocal version was originally on the ‘Intercourse’ album but we pressed up an acetate specially for Danny Rampling who asked for one to play at Shoom. (Yes – people were very open minded in those days!) I wanted ‘Trumpets’ to conjure up an imaginary club in Las Vegas during the late 60s full of showgirls kidnapped from Rio. A friend described this as ‘narcotically camp’ which I think sums it up perfectly. This track also, believe it or not, has Carl Craig on additional hi-hat programming. Carl helped out on a few of the tracks on ‘Intercourse’ when he first came to London as a wee lad and I took him under my wing forcing him to go to all the finest freak clubs the city had to offer. Recorded from my old acetate, the only other one in existence besides Danny’s. 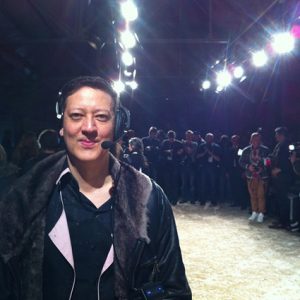 Had a great time compiling the music for Henry Holland’s fashion show and Rave Nana collection. Much fun to work with Henry who wanted a mixture of 1989 rave and pop. Sure I cheated a little (a couple of tracks from 1991 perhaps?) but the those vibes are there in full effect.

Also had great fun doing the sound design for the Aries Arise launch video. It’s the new clothes label by Sofia Prantera (who did the Silas & Maria label and Amos toys) and Fergus Purcell (aka Fergadelic). Directed by Kerri Davenport -Burton.

Honoured to have a snippet sample of my voice used on Desertshore, the new X-Throbbing Gristle album. Have loved TG since I was 15. In memory of Peter ‘Sleazy’ Christopherson.


Jagz Kooner has said on Twitter that I was the inspiration for Primal Scream to go in the studio and record Screamadelica. Can this be true? Thrilled to hear it. Maybe they thought, “If he can do it …” Anyway … it gives me an excuse to put up a picture of Bobby Gillespie at my gaff wearing the Seditionaries bondage trousers that Sid Vicious and Nancy Spungen gave to me when I was 14. Can I possibly drop anymore names? 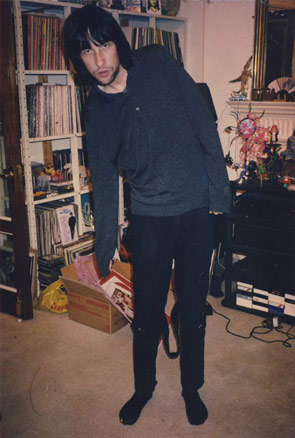 While we’re reminiscing my teenage years I now have the perfect opportunity to invite you to check out my Teenage Top 15 albums on John Robb’s Louder Than War site:
https://louderthanwar.com/mark-moore-top-15/

Back to the present. Well to be honest it’s me reminiscing my teenage years again. But I’m happy to announce my modelling career has suddenly taken off once more. I’m wearing Vivienne Westwood & Malcolm McLaren’s Seditionaries gear. Watch out Kate and Naomi… From the excellent new book ‘Slogan T-Shirts: Cult & Culture’ by Stephanie Talbot.
BUY ON AMAZON 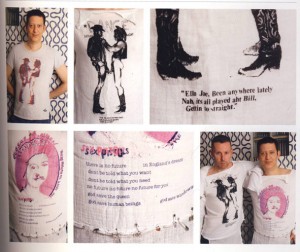 Here’s a great mash up of my track Mantra For A State Of Mind with Underworld: