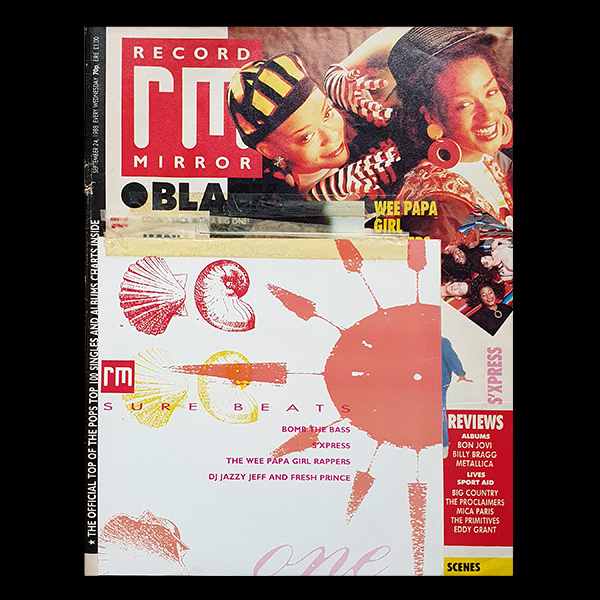 Sure Beats E.P.
A1 Bomb The Bass – Megablast (Original Rap Version)
A2 S’Xpress – Coma
B1 The Wee Papa Girl Rappers – You Got The Beat
B2 DJ Jazzy Jeff And Fresh Prince – Here We Go Again
UK 7 inch [RM SURE 1]

Free 7 inch single given away with Record Mirror magazine on Wednesday September 24th, 1988.

The S’Xpress track (note the temporary change of spelling) consisted of breathing, a heartbeat and a sonar blip. Some pirate radios would play it over the top of Acid House tunes or under the bits where they talk. Mark describes it as the tale of a girl who is brought out of a coma by being played her favourite tune (‘Theme From S-Express’ natch) and decides to get a tattoo. The Coma track was later expanded to become Coma II (A.M/O.K) on the Original Soundtrack album.

This track was slightly inspired by The Velvet Underground’s Loop which was a free 7 inch single given away in Aspen Magazine.

Coma II (A.M/O.K) is cited as the first ambient house track predating even The Orb.