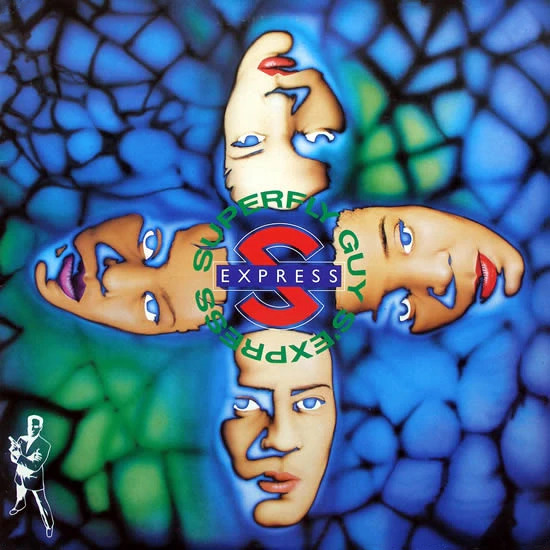 Superfly Guy is the 2nd track from the Original Soundtrack album by S’Express and was released as a single in 1988.

The full Original 12″ Mix of Superfly Guy is still not available on CD or digital in the UK and needs to be! (It can be found on a European dance CD compilation for a small price!)

The Fluffy Bagel Mix is a must. Mark Moore & Mark McGuire (as The Marks Brothers) strip the track down to an acid house monster! Huge everywhere from the Detroit underground to acid house clubs in the UK.

Derrick May was known to play a special acetate he made of a looped/edit version of Lolly-Pop.

Funky Killer became a secret weapon by djs such as J Saul Kane (Depth Charge) who would cover the label up on the 7″ and when asked, say it was a track from the 70s. It was included in React Records’ ‘Dope Classics’ compilation in 1997.

Again US copies had samples replaced so stick to UK versions. Exception being the great US DJ Promo with the wonderful ‘Do The Bourasa Mix’. This is pretty similar to the original but Mr Bourasa has done some cool edits and thrown in snippets of ‘Theme’ and Curtis Mayfield’s ‘Superfly’. RARE!

Initial copys of the UK 12″ had the band name and track title in green writing (centre sleeve) but this was changed to yellow so it would show up more. Great trippy artwork by David Little.

Note change of spelling from S-Express to S’Express. No reason. No reason at all.